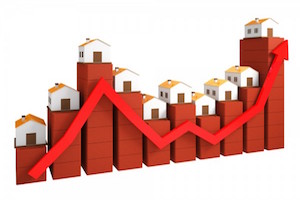 Paige Austin at Patch.com wrote on August 18 2015, “The median price home in LA County rose by 4.7 percent in July, compared with the same month a year ago, while the number of homes sold jumped by 13.5 percent, a real estate information service announced today.

“According to the California Association of Realtors, 32 percent of households could afford to purchase a single-family home in the metropolitan Los Angeles region.”

That last sentence should read, According to the California Association of Realtors, ONLY 32 percent of households could afford to purchase a single-family home in the metropolitan Los Angeles region.

That’s a big problem for the Los Angeles area now and going forward. Imagine, 68% of the households are not able to afford a home. If their lives change and they want to sell where are they going to go? Those folks renting are caught in renter’s hell. Rents are rising taking more and more of their income in a flat wage environment for almost 20 years and housing prices are unaffordable for most.

The answer is not low or zero down programs or lowered loan standards or longer mortgages like 40 years. That just puts people in homes with little skin in the game and if something major happens to the homes, they have no emergency funds. One way for many to meet emergencies like a new stove, new refrigerator or a new roof is to borrow more.

In a normal world, rising house prices would cause potential home buyers to rent and builders would build apartments to the point that the market was glutted and rents would fall. When rents fell, renters would be able to accumulate money for 20% down payments in savings accounts providing a decent return. In the meantime middle-class wages went up faster than inflation.

This is not a normal world anymore. In fact, the difference in incomes between the top earners and the rest of us keeps growing wider. Any recession will throw more people into financial trouble. Governments will be asked to take on more services for the indigent and homeless, and they will be searching far and wide for sources of revenue to pay for bigger government. Now the Federal Reserve is signaling it wants to raise interest rates because the economy is too strong.

Homebuyers Choice, LLC is part of the Los Angeles community and we are here to help homeowners out of any kind of distressed situation.  As investors, we are in business to make a modest profit on any deal, however we can help homeowners out of just about any situation, no matter what!  There are no fees, upfront costs, commissions, or anything else.  Just the simple honest truth about your home and how we can help you sell it fast to resolve any situation.